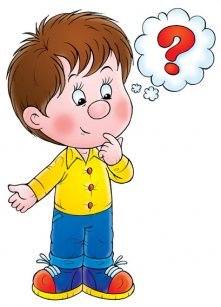 Colostrum, sometimes called "mothers' milk," is a concentrated fluid produced from the mammary glands of all mammals during the first hours after birth. This fluid is very important to the health of new borns, without it, many newborn mammals would not survive. It is not only a source of nutrients such as proteins, carbohydrates, fat, vitamins and minerals, but it also contains several biologically-active molecules which are essential to the body's immune and growth functions.

For obvious reasons, human colostrum is not an option. So researchers had to look elsewhere for supplies. After nearly 10 years of research, scientists now believe that bovine (cow) colostrum is the only safe alternative for human consumption. Not only are the immune and growth factors found in bovine colostrum virtually identical to those in human colostrum, the immune factors are reportedly four times richer.

The two most important components found in colostrum are immune and growth factors. Immune factors provide immunity and protection against infections during the first weeks of life, while growth factors stimulate the growth and eventual development of human being.

Because of medical advances during the fifties and sixties, many doctors recommended against breastfeeding. Thousands of babies never received the natural immune factors provides — that initial boost to our immune and digestive systems. After humans reach puberty, the amount of immune and growth factors present in our bodies begins to decline. We become more vulnerable to disease, our energy level and enthusiasm lessens, our skin loses its elasticity, and we gain unwanted weight and lose muscle tone. We also live in a toxic environment, with pollutants and allergens all around us.

Research has shown that Colostrum has powerful natural immune and growth factors that bring the body to a state of homeostasis — its powerful, vital natural state of health and well being. Colostrum helps support healthy immune function; it also enables us to resist the harmful effects of pollutants, contaminants and allergens where they attack us.

Plus, the growth factors in Colostrum create many of the positive "side-effects" of a healthy organism — an enhanced ability to metabolize or "burn" fat, greater ease in building lean muscle mass, and enhanced rejuvenation of skin and muscle.

Bovine colostrum is not new. In India, for thousands of years, Ayurvedic physicians and the spiritual leaders have documented the physical and spiritual health benefits from colostrum. It is dried and delivered by the milkman and is known for its healing and therapeutic ability. Scandinavian countries have been making a delicious colostrum pudding and dessert topped with honey, for hundreds of years, to celebrate the birth of calves and good health. It was used in the US as an early antibiotic that was in much favor until the discovery of penicillin and other antibiotics.

In the late 18th Century, Western scientists began to study colostrum and document its benefits for survival, growth and development for children. Today, there are thousands of published scientific and clinical studies of major health benefits associated with colostrum.